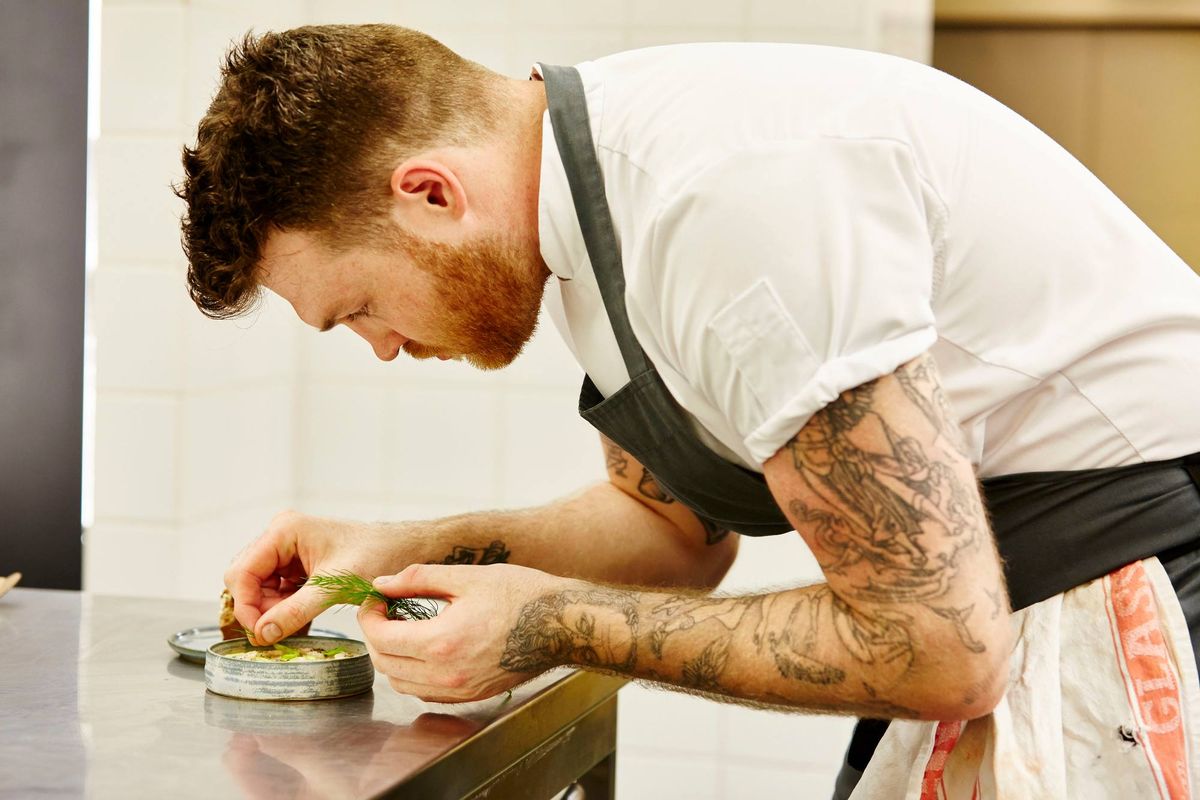 From Knightsbridge to Hackney Wick, Tom Brown is set to change the restaurant scene in east London as we know it this April. This chef has decided to embark on his first solo venture in his own restaurant after his role as Head Chef at Outlaw’s at the Capital in south west London, and there are some pretty high expectations in the foodie world as his fish has been claimed to be some of the finest around, according to Great British Chefs.

Located on Prince Edward Road, the architects behind this new eatery are east London-based firm, Holland Harvey. Having done a lot of work for the likes of Gail’s Bakery throughout the city, these architects know a thing or two about how to make a place sleek and inviting.

Brown has brought some personal elements to his new restaurant as he has actually named it after one of his favourite Arctic Monkeys song, Cornerstone. Following the announcement that the opening date for Cornerstone will be 24th April this year, diners can expect an intimate restaurant with an open kitchen and an industrial ambience. Obviously, the menu and food are going to be the stars of the show with each dish featuring select and standout ingredients, resulting in simple food that packs a punch and delivers only the best each and every time. So far, a few plates on the menu have been revealed just to whet our appetites a little until opening night; we can expect some culinary winners such as ‘octopus cooked in cider with an apple and lentil dressing’ and ‘chocolate mousse with peanut, lime and stout.’ I think I can speak to everyone when I say that I can’t wait to sample the entire menu based on this preview.